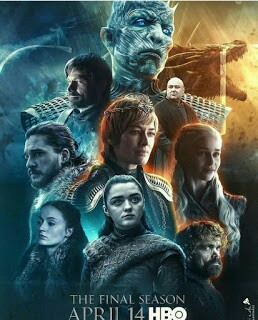 Description:
The series is set on the fictional continents of Westeros and Essos, and interweaves several plot lines with a large ensemble cast. The first narrative arc follows a civil war among several noble houses for the Iron Throne of the Seven Kingdoms; the second covers the attempts to reclaim the throne by the exiled last scion of the realm’s deposed ruling dynasty; the third chronicles the rising threat of the impending winter and the legendary creatures and fierce peoples of the North.