The biometric registration of civil servants
in Kenya has revealed some evident
disparities in the nation’s ethnic
composition in the national service. According to reliable details captured in
public service, 77% of the public positions
in Kenya are held only by 6 tribes. Even
though the Public Service Commission says
some efforts are being made to make sure
the civil service reflects the true face of
Kenya, this report has exposed some
intriguing inequalities in the sharing of
public service communication. So, this
means that the other tribes have to fight for
the remaining 23%. These numbers also give
an inference for the most educated tribes in
Kenya.

What has caused the vast difference
noted above? Could it be attributed to
education? We all know that some
communities in Kenya take education
seriously while others do not.

Some
tribes still struggle to adopt the new way
of life to educate their children,
especially young girls. However, more
women are getting educated unlike
before. The key to unlocking this puzzle
is by knowing the top ten most educated
tribes in Kenya.

The approximate number of employees
working in the national government is
about 72,923. Of all these, the Kikuyu
community has managed to get the lion
share of the entire number of workers in
the civil service at slightly over 18,600.
The Luhya have 8,822 (12.2%) while the
Kalenjin come third at 8,275 (11.4
percent).

The Kamba, Luo, and Kisii
tribes have a representation of 10.3%,
10.4%, and 8% respectively. The rest of
the communities that have managed to
get some of their own in the national
government civil service include the
Mijikenda at 2.3%, Embu at 1.9% and
Maasai at 1.4%.

Aren’t these findings shocking? Well, this
post will share some essential insights on
who are the most educated tribes in
Kenya. Keep reading to understand why
some tribes have little or no share in the
current job market due to education.
Here is a list of the top 10 educated tribes
in Kenya, starting with the best tribe to
the least: 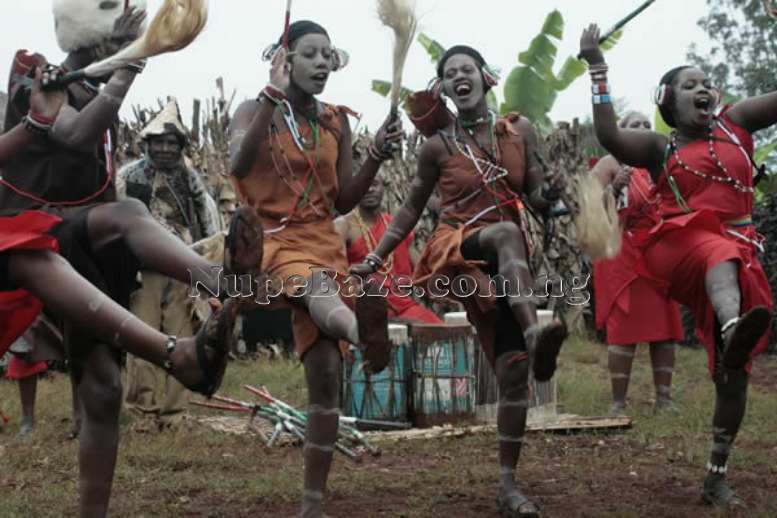 Currently, the Kikuyu tribe tops the list;
they are the most educated tribe in
Kenya with over 130 professors and 5600
Ph.D. holders. This tribe is popular for
knowing where money is, and this is why
they have positioned themselves in all
the competitive courses.

This has made it
very hard for other tribes to excel in
such areas. Kikuyu are the majority in
law, business, journalism and
communication professions. There is also
a significant number in mathematics and
medicine. The truth is that this
community is highly aggressive and no
tribe has managed to challenge their
superiority in all sectors.

SEE ALSO:
Top 10 Richest Kids In
Nigeria And Their Net
Worth

But who are the Kikuyu? Also known as
Agikuyu or Gikuyu, Kikuyu are Bantu
speaking people found in the highland
areas of south-central Kenya, close to Mt
Kenya. Though they were a little
community at first, they managed to
increase their population in the late 20th
century, and now they are the largest
ethnic group in the country with
approximately 22% of the entire
population.

After fighting for independence
aggressively, they managed to secure the
topmost leadership positions early
enough to become the political and
economic elite of independent Kenya.
Their son, Jomo Kenyatta, was the first
prime minister and later president of
Kenya. He was also amongst the first
Africans who received a Ph.D. in
anthropology from the London School of
Economics. 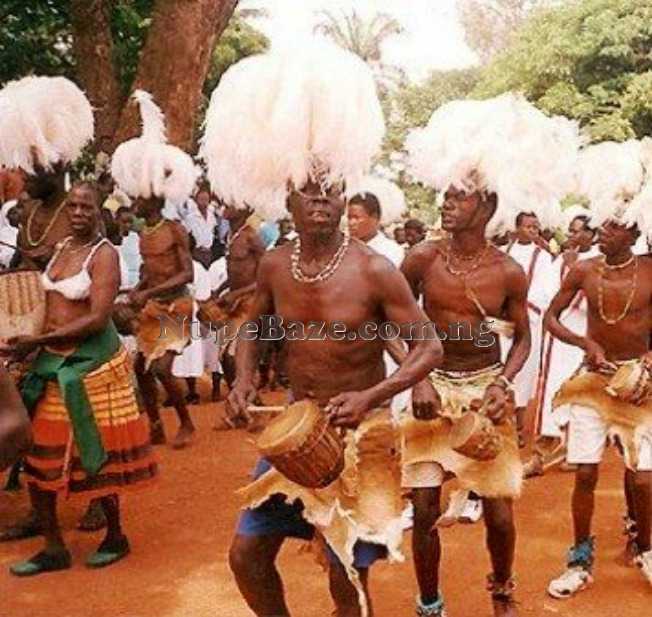 The Luo come second and have always
been Kikuyu rivals since independence.
To date, they have managed to showcase
their brilliance when it comes to
education by managing to secure some of
the best professions.

Some people
believe that the Luo have brilliant minds
because of taking fish, one of their staple
foods. You can find most of them in
Kisumu and other fishing towns along
Homabay beach and the surrounding
environs.
This Nilotic community has a high
number of professors in the country as
well as degree holders.

The Luo community has traditionally
produced countless scholars and other
educated people, with some of them
graduating from prestigious colleges
around the globe like Harvard. Due to
this, Luo professionals also dominate
nearly all the areas of the Kenyan
economy, government, and business,
serving as engineers, lawyers, professors,
and doctors. 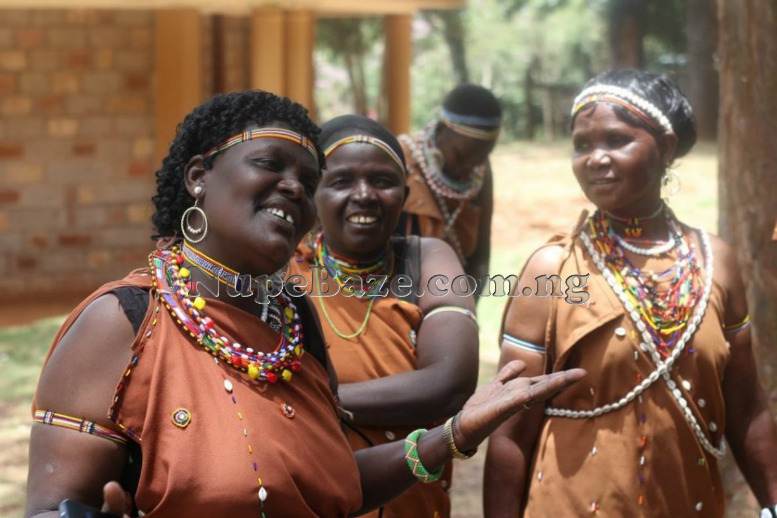 The Kalenjin is a Nilotic community
that’s made up of 10 subgroups, with
Nandi being the largest sub-group. They
are the fourth largest ethnic community
in Kenya. Kalenjin are an ethnic grouping
of 8 culturally and linguistically related
tribes: the Nandi, Kipsigis, Keiyo, Tugen,
Pokot (also called Suk), Marakwet, Terik
and Sabaot (this tribe lives in the Mt.
Elgon region covering the Uganda/Kenya
border). Their present-day homeland is
the Rift Valley and Kenya’s western
highlands.

The Kalenjin managed to create their
tribal identity in the 1950s and also stood
out as a community after one of their
own became the second president of
Kenya. The second president ensured
that there were as many schools as
possible in the region at that time. There
are many Kalenjin professors and Ph.D.
holders and it is easy to find the most
learned professor in Kenya from this
tribe. The Luhya, also known as Baluhya,
Abaluhya or Abaluyia, are a Bantu tribe
that lives in the fertile western region in
Kenya. They are neighbors to multiple
Nilotic tribes like the Kalenjin, Luo, Teso
(Iteso) and Maasai. They are the second
largest ethnic tribe after the Kikuyus and
account for 14% of the population in
Kenya.

Just like other most learned tribes in
Kenya, the Luhya have shown their
smartness in education. They are
involved in almost all sector of the
Kenyan economy.

There are many
Luhya’s who work as professional and
skilled laborers throughout the country.
Farming has been their key to education;
the sugar consumed in Kenya is
produced in Luhya land, including other
agricultural products like wheat and
maize. 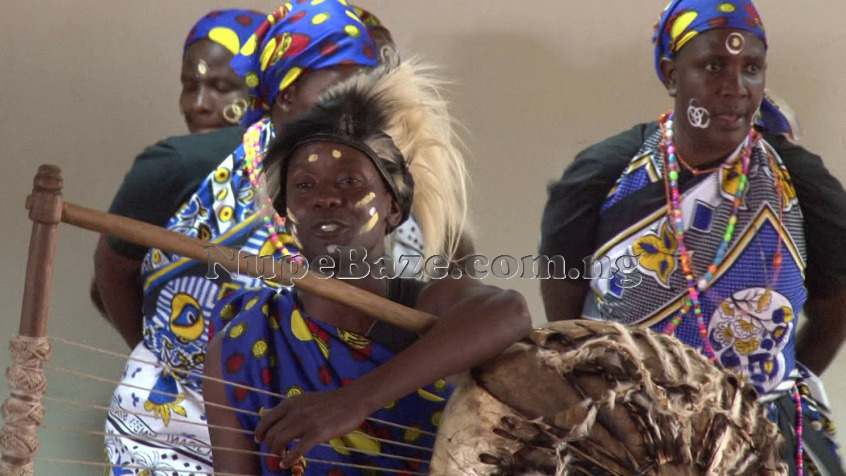 The Kisii tribe (also called Gusii) is a
Bantu ethnic community who occupy the
Kisii highlands in Nyanza, Kenya. Their
home is sandwiched between the Luhya
and Luo tribes. Although they are famous
for pottery, soapstone carvings and
basketry, this community live in a very
fertile land that often wet all-year round,
making it an agricultural area.

Due to this, the Kisii tribe has managed
to get educated and has become one of
the economically successful communities
in Kenya. Due to favorable climate and
high altitudes, the tribe has exploited
their fertile land by growing different
cash crops like pyrethrum, coffee, and
tea. Kisii are among the top educated
tribes in Kenya. 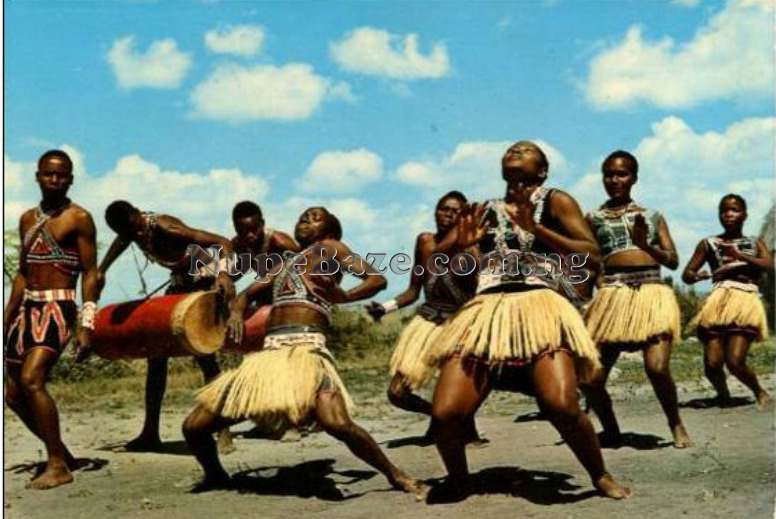 This is another Bantu ethnic group, also
called Akamba, which resides in the
semi-arid Eastern Province. Kamba are
the fifth tribe in Kenya because it makes
up 11% of Kenya’s total population. Their
homeland stretches northeast to Embu
and east from Nairobi toward Tsavo.

Kamba’s are currently the sixth educated
tribes in Kenya. Even though they are
one of the most populated tribes, this
community also has many illiterate
people.

During the pre-colonial period, the
Kamba were involved in long-distance
trade and this lead to their migration.
Some of them settled in Kenyan coast,
creating the start of urban settlement. To
date, they still stay in the coastal towns
and have become part of the political,
economic and cultural life of the Coast
Province. 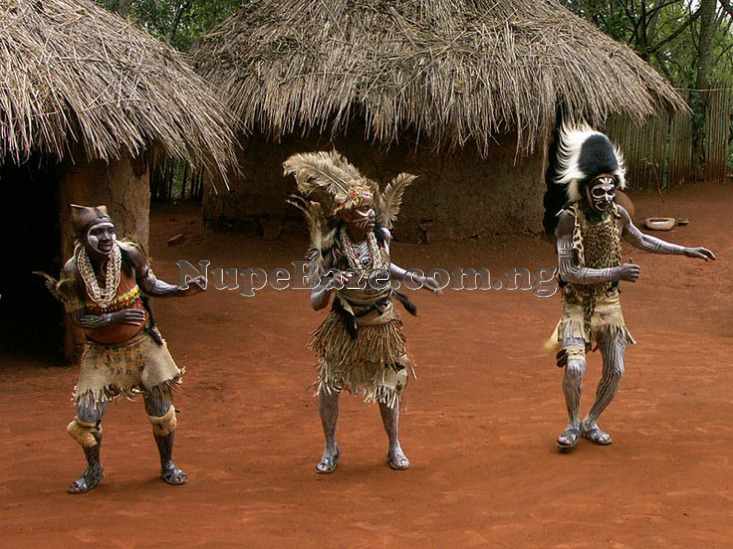 The other tribe that has also secured its
spot in this list by offering multiple most
learned professors in Kenya is the Meru
tribe. They are also a Bantu ethnic group.

This community is divided into 7 sub-
tribes, namely Imenti, Tigania, Igoji,
Miutuni, Igemebe, Muthambi, and
Mwimbi. They occupy the Meru area,
including Chuka and Tharaka

Their strong educational foundation was
provided by the numerous Christian
mission schools, making them one of the
most influential tribes in the country.
Most of their educational institutions
were started by Methodist, Presbyterian
and Catholic churches who had settled in
the area in the early years. 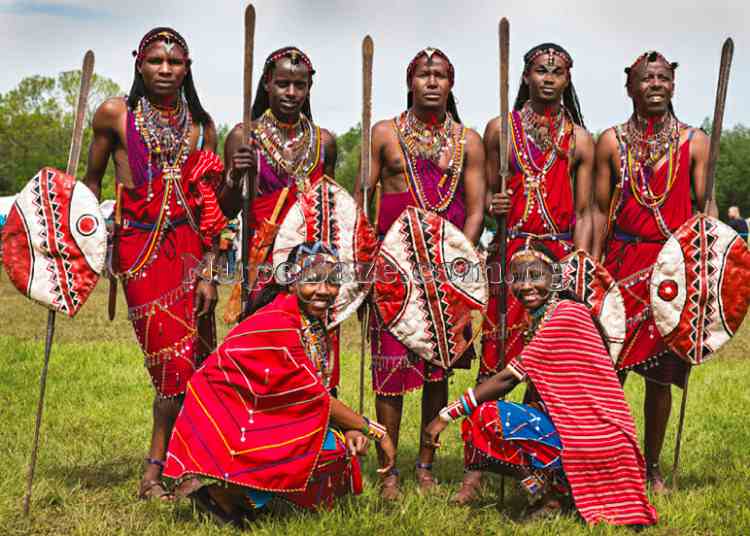 Known for being the most authentic tribe
in Kenya, the Maasai have also made
some achievements when it comes to
education.

This tribe is popular because of their
long preserved culture.

Despite
civilization, education and western
cultural influences, this ethnic group has
managed to cling to their tradition and
customs, making them the symbol of
Kenyan culture.

They speak Maa, a
Nilotic language that originated from
North Africa’s Nile region. 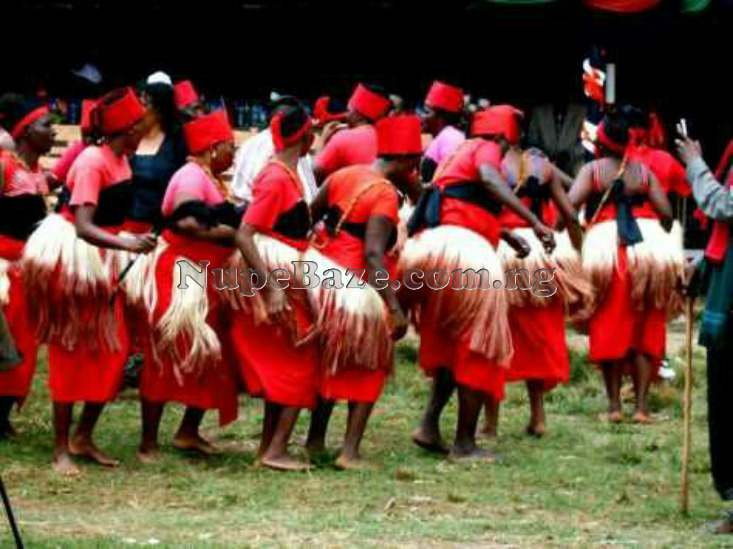 The Taita people are Bantus who live in
the Taita Hills, near the Tanzania border
(on Kenya’s southwest). This tribe
consists of 3 separate sub-tribes:
Wataveta, Wadawida, and Wasaghala.

Although they are gemstone miners, the
Taitas haven’t thrived a lot in the
education sector. But, they still have
some of their own who serve in the
government. 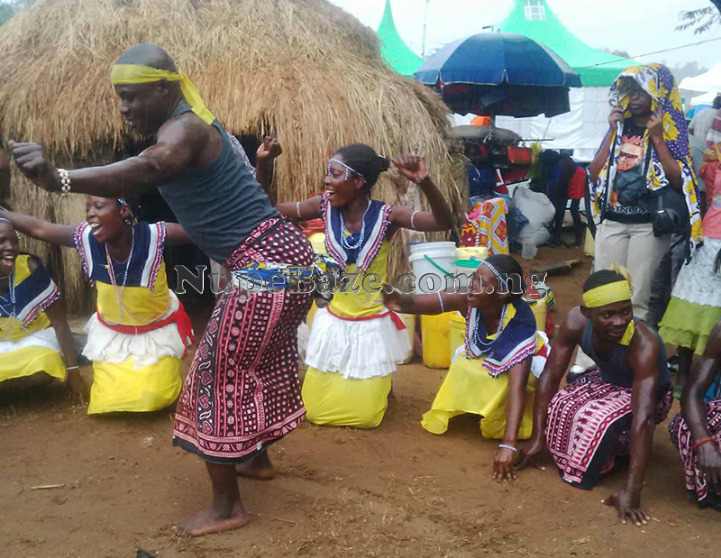 The last tribe in this list is the Mijikenda;
found in the Kenyan coastal region .
The
name Mijikenda stands for nine sub-
tribes namely Duruma , Chonyi , Kauma ,
Rabai , Ribe , Jibana , Kambe , Digo , and
Giriama .
Although this ethnic group
hasn’t shined in the education sector as
expected, they do have a minimal
percentage of Ph.D. holders.

There is the list. In the current setup of
the work environment, educated
individuals tend to fair in life than the
uneducated. However, skill-based
professions are gaining momentum and
will offer great opportunities to more
Kenyans and not just the most educated
tribes in Kenya.

YOU MAY ALSO LIKE TO SEE:
Top 10 Most Educated Tribes In Nigeria