Home History The Brief Walk Into The Land Of Kukuruku Hills 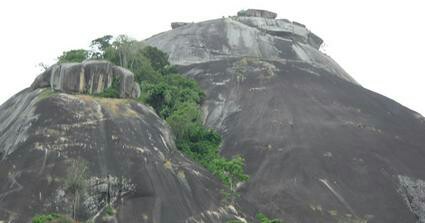 There are many tribes in the southern part of Nigeria who owe their origin to the Great Benin Kingdom, the Etsako / Nupe is one of them.

According to oral tradition, the present-day Etsako people were once integral to the Benin Kingdom.

But sometime around the 15th century, angered and disgruntled with the monarchy of the then reigning Oba, there began a mass departure from the Benin Kingdom by this tribe who first encamped at the Obadan/Okphiaghamen Community.
The settlement was about 30 miles away from Benin City.

However, it was common in those days for the Oba to give chase to his fleeing subjects in other to bring them back to his dominion.

Confronting this possibility, the fleeing people of Etsako decided to go beyond the Oba’s reach. They left their encampment of 13 years and went further into the hinterland to settled at Aviele, which is today Etsako West local government area.

ALSO SEE: The Rich Nupe Lagosians Of The 19th Century By Ndagi Abdullahi

Also known as the “KUKURUKU’S”, a name derived from the Kukuruku Hills which was a defence barricade for the people during the inter-tribal wars and the historical Nupe invasion, the people of Etsako are part of the Afemai’s
A nationality that comprises of the Akoko Edo’s, the Owan’s and the Etsako people.

It is important to note that for a long time the Etsako people were integral with Akoko Edo and Owan. And so it was until the urge for greater autonomy led to another exodus; thereby splitting the community into various segments as they migrated to different directions from the Aviele.

Nevertheless, the biggest group of this community remained together. They are the Etsako nation of today. And despite the division, they still hold on strongly to the spirit of oneness.
These are the twelve autonomous clans in Etsako.

Another interesting thing about the Etsako people is their name. Literally, Etsako means ‘people who have chopped off their teeth’.
Customarily, it is expected of men who married young women to inflict some bodily mark as a means of identification.
This they did by chopping off part of their incisor with either a knife or a chisel. Though it wasn’t a painless procedure. The thought that it bespoke of their status as virgins made them love it.

60% population of farmers, farming is the predominant occupation of the Etsako people. However, the presence of water also creates room for fishermen.
There are also hunters as well as specialist blacksmiths.

Hard work is largely intrinsic to their tradition. And such is their love for it that it is said a lazy man should not be found in their midst.
Be that as it may, with globalisation and it’s influence, there is a steady decline in such vocations, as more and more of the Etsako people seek out white collar jobs.

ALSO SEE: The History Of The Nupe People

Before the advent of Christianity and Islam, the Etsako people were originally practitioners of the African traditional religion.
But with the arrival of the missionaries, many got converted to those religions, this accounted for why Christianity is predominant in this region followed by a large concentration of Muslims mostly in the Auchi, Agbede and the Okpella axis.

It is important to note that with the coming of westernization, a greater part of Etsako has become one of the most vital commercial hubs in Edo state.
Auchi is home to one of the best the best tertiary institutions in Nigeria. There is also a strong stone mining industry and cement factories as well.

ALSO SEE: The History Of The Gbagyi People