The Biography Of Hajiya Fatima Lolo & Her Net Worth 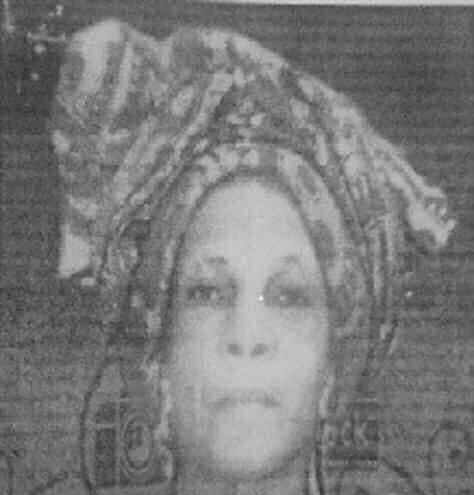 I. Introduction: Late Lolo, Fatima (1891 – 1997):
The Queen of Nupe Musical and an Ambassador, a leader, historian, choreography and legend who change the cause of music industry in Nupeland.

II: Fatima Lolo was born in 1893 to the family of Mallam Kolo (Jibrin Muhammadu) and Mama Sakpe (Fatima) at Patigi. However, Lolo was brought up at Etsu her home village when the family finally returned. Lolo’s intelligence in the art of music began to manifest at the age of 7 years; she was attracted to people during festivities where she usually dance with plates on her hands. At the age of 15 years she began to sing within her environment to the hunters, farmers and fishermen.

ALSO SEE: The History Of The Nupe People

Fatima Lolo began her journey to the top when she performed for the 9th Etsu Nupe, Muhammadu Ndayako, who was then the District Head of Zhima together with the 6th Etsu Nupe Agaie, Alhaji Abdullahi. After the performance Lolo was honoured with the gift of horses by both Etsus. Consequently the gift was the starting point for Lolo to ride on a horse back.

III. Her Ascension to Power Fatima Lolo was turbaned Sagi Ningbazhi (Queen of Musician) by the 10th Etsu Nupe, Usman Sarki, after Kaka Kwakwagi who was the reigning Sagi Ningba died. The turban of Lolo as the Sagi Ningbazhi was the beginning of unification of traditional musicians in Nupeland which brough about glamour to the Nupe music industry.

Fatima Lolo was a historian with retentive memory; her songs tell the past history of travails that happened in Nupeland. And as a choreographer, she was a Nupe leading dancer ever seen. She did not only teach her troupe dancing steps but also lead them on the stage. He r dancing on a horse back was unprecedented in the history of female artist in the world that enticed the Queen of England to invite her to London.

Fatima Lolo was also a philanthropist; she helped many in terms of difficulties. She had married people to who could not afford to mary and took many girls to marriage. She had the largest group, which she could managed without prejudice. Lolo was an unscathed leader, she faced every challenge rationally and at the end she came out victorious.

IV. Recognition Years As an Ambassador, Lolo had represented Bida Emirate and Niger State in different occasions and also became victorious. Some of the Awards she received are: National Honor of MON by President Aliyu Shehu Shagari; Exemplary Award by Niger State Women Forum, PMAN Award by Professional Musician Association of Nigeria and Award Merit by Ndaduma Development Association.

Lolo was a great Nupe woman of all time. A celebrity who managed her influence to the benefit of her people. She was accepted by her society because of her mild and diplomatic character. She was a woman always contented wherever she went for performance and make sure her followers were treated with respect.